How Prayer Quiets and Calms Our Anxious Hearts

My guest this week is author Jennifer Slattery.

If God is sovereign, why pray? If He already knows precisely how everything in all the world, my life included, will play out, what’s the purpose in laying my requests before Him? Why not simply bow my head, say, “Thy will be done,” and move on to more productive matters like serving in soup kitchens, orphanages, and nurseries?

I suspect we’ve all wrestled with these questions. I have. I’ve even brought them to God in prayer, as ironic as that may sound. And as I sat in His presence, He met me and showered me with His love and grace. My requests became conversations, my fears and anxieties pathways to certainty, and my unmet earthly desires avenues to becoming filled with something more sustaining and satisfying than anything I might acquire apart from Him.

Through prayer, God redirects, instructs, and fills my heart while purging it of everything that gets in His way. He reveals hidden motives, undetected sins, and bits of deception that, if not dealt with, hinder my faith, my journey, and my relationship with Him. Often, I begin with a frustration or concern, but as His love reigns over me, it overpowers every angst filled thought with truth.

When I fear financial difficulties, He reminds me He’s my provider and that all the world, a thousand banks included, sit under His command.

When illness steals the health of those I love, He assures me He holds all of eternity, their life included, in His grasp.

When I’m watching someone I care deeply for flounder and fight their way to maturity, He gently directs me to Philippians 1:6, which tells me He is working, at this moment, to grow them in Him. He won’t let go, leave them as orphans, nor will He let up until His will, in their life and mine, has come to pass.

There’s such peace in knowing that. In recognizing that God has a good, loving, and hope-filled plan for each of His children and is fully capable of bringing it to pass. When I pause to reflect on that truth, promised numerous times throughout Scripture, my soul quiets itself like a weaned child resting in the arms of its mother.

You may be familiar with that reference of a content and satiated toddler, and of the story behind the man who wrote it. It’s found in Psalm 131, written by David, Israel’s second king. Anointed as a youth, he endured years of persecution and betrayal before seeing God’s plans unfold. In the waiting, he fled his homeland in fear for his life, hid in the wilderness, caves, and acted like a madman. But though sorrow and fears assaulted him, they never remained. God never allowed them to take root. Instead, as David sat in the presence of the Almighty, loved from the hairs on his head to the tips of his toes, God led him on a gentle but empowering journey to faith.

Psalm 59 is one of my favorite examples, written after David, afraid for his life, flees a murderous king by climbing out his window. His prayer begins with desperate pleas but ends with courage, confidence and peace.

Can you sense his desperation? It’s as if he’s saying, “Don’t You see? Why have You allowed this?”

But then, in the middle of his turmoil, God draws him deeper into His embrace, and David’s heart overflows with praise. “You are my strength,” he says “O Lord our shield” (vs. 9a, 11b).  “My enemies come out at night, snarling like vicious dogs as they prowl the streets” (v. 14). In other words, they’re real and terrifying, but David knew God was greater. “As for me, I will sing about Your power. Each morning I will sing with joy about Your unfailing love. For You” not castle strongholds, weapons of warfare, or armed soldiers “have been my refuge, a place of safety when I am in distress” (v. 16).

I love that last line and the promise it provides. God is our refuge and safety, and we can always rest in His love. As we come to Him with our heartfelt concerns, He quiets the angst within and replaces it with unshakable confidence and peace.

Though He may indeed answer our prayers as we hope, He anchors us in something infinitely deeper, more solid, and more enduring—Himself and His unfailing love.

I don’t know your requests or how God will answer. But I can promise this: 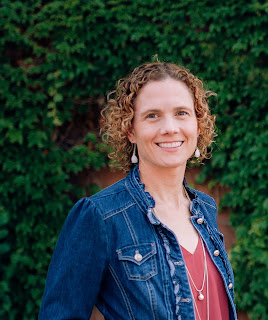 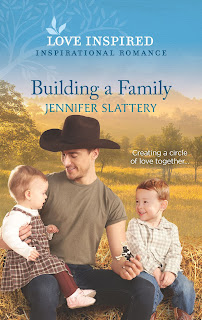 Let’s talk about this! Do you have any favorite Psalms, most specifically, those written by ancient Israel’s King David? If so, which ones and why do you treasure that passage? Have you ever used one of David’s prayers as a guide or springboard for your own? Share your thoughts, stories, examples, and questions with us in the comments below, because we can all encourage, challenge, and inspire one another!

Posted by Kathy McKinsey at 4:05 AM
Email ThisBlogThis!Share to TwitterShare to FacebookShare to Pinterest
Labels: Author Jennifer Slattery, How Prayer Quiets and Calms Our Anxious Thoughts, Kathy McKinsey, Prayer