A psalm of David. When he fled from his son Absalom.

Lord, how many are my foes!

How many rise up against me!

Many are saying of me,

“God will not deliver him."

But you, Lord, are a shield around me,

my glory, the One who lifts my head high.

I call out to the Lord,

and he answers me from his holy mountain.

I lie down and sleep;

I wake again, because the Lord sustains me.

I will not fear though tens of thousands

assail me on every side.

Deliver me, my God!

Strike all my enemies on the jaw;

break the teeth of the wicked.

From the Lord comes deliverance.

May your blessing be on your people.

Lord, in the midst of his sorrow and struggle, David knew he woke up because you sustained him. Remind us, no matter what we face, you give us the strength to get up each morning.

Posted by Kathy McKinsey at 6:48 AM 2 comments:
Email ThisBlogThis!Share to TwitterShare to FacebookShare to Pinterest
Labels: David and Absalom, Hold Us Up, Kathy McKinsey, Psalm 3

The Gift of Christmas

John 1:14: The Word became flesh and made his dwelling among us. We have seen his glory, the glory of the one and only Son, who came from the Father, full of grace and truth.

A never to be matched love

John 3:16-17: For God so loved the world that he gave his one and only Son, that whoever believes in him shall not perish but have eternal life. For God did not send his Son into the world to condemn the world, but to save the world through him.

The gift to walk beside us and help

Matthew 11:28-30: “Come to me, all you who are weary and burdened, and I will give you rest. Take my yoke upon you and learn from me, for I am gentle and humble in heart, and you will find rest for your souls. For my yoke is easy and my burden is light.”

A promise for comfort and healing

Psalms 147:3: He heals the brokenhearted and bandages their wounds.

He Stands with us through our weakness

Matthew 12:20 A bruised reed he will not break, and a smoldering wick he will not snuff out, till he has brought justice through to victory.

John 8:12: Jesus spoke to the people once more and said, “I am the light of the world. If you follow me, you won’t have to walk in darkness, because you will have the light that leads to life.”

The constant gift of our forgiveness

Hebrews 7:25: Consequently he is able for all time to save those who draw near to God through him, since he always lives to make intercession for them.

Posted by Kathy McKinsey at 8:29 AM 5 comments:
Email ThisBlogThis!Share to TwitterShare to FacebookShare to Pinterest

Sweet Memories, Who Can Argue With These Guys?

November 6, 1998: Sarah went on a field trip to see Hansel and Gretel yesterday. She said the characters put on their jewelry. Murray asked if the characters were real people (as opposed to puppets), but Rebecca had different interests: "Was their jewelry real?"

We talked to the kids some about Mark McGuire (of the St. Louis Cardinals) and his record home-running while it was going on. One day Rebecca asked, "Does he get money for doing that?"

Murray picks Caleb up from school on Thursdays, so they won't be late for piano lessons. One Thursday afternoon I came downstairs, not expecting them home yet. I heard a child's voice, and asked, "Who is that?" "Caleb," he replied. For some reason, I assumed he'd come home on the bus. "I thought Daddy was going to pick you up at school," I said. Thoughtfully, Caleb answered, "I think he did."

One night we went to dinner at Denny's. As the lady came up to show us to our table, Sarah said, "I want to go to Shoney's."

One day Sarah told me about a bad dream she'd had. She said a wolf was trying to get in and attack us, so we all moved into the bathroom for safety. We had food and blankets in there, and, she said, "When we needed to go to the bathroom, it was easy."

One day when Rebecca didn't feel well, Murray told her that if she needed medicine in the middle of the night, he'd get it for her. She replied, "If you needed clown make-up at five in the afternoon, I'd get it for you."

Murray bought me a new rocking chair for Labor Day. When Rebecca was helping to take some of the parts out of the box, she accidentally poked a hole in the plastic bag. She showed Murray the hole she'd made, but assured him, "I did no harm."

We were eating animal crackers one day, and Rebecca named some of the animals she was eating. Then she said, "This one is somebody's bad idea of art."

November 7, 1998: The other day Murray was out with the kids and they told him, "You're older than Mommy, but she's smarter than you.”

Murray was having a slight gas problem, and Sarah ran out of the room and told Kathy, "It smells like those disgusting pizza rolls."

Tonight Caleb got a haircut, and Sarah told him, "Caleb, you look like a different boy with that big ol' haircut."

November 15, 1998: Yesterday all the kids were helping Murray put together a new bookcase. Caleb said, "Aren't we good helpers for Daddy? He needs lots of help."

November 18, 1998: School days, Kathy sits with the kids by the door and reads to them while they wait for the buses. This morning, though, there was no new book to read. Rebecca asked, "Can we have free time this morning?"

At supper Caleb was talking about his friend who had muscular dystrophy and who died recently, and we said that now that he has gone to heaven, his new body works perfectly. Rebecca said, "And he can get both ears pierced." Murray said that is his idea of heaven, also.

November 20, 1998: A woman at our dentist's office said she had a daughter who rode the bus with both our girls, so we had asked Rebecca to try to find out who that was. Murray was talking to her while she was reading, and she said, "I asked Claudia where her mother worked, and Claudia said, ‘Rent A Cyclops' or something."

Recently Rebecca was looking at Kathy's mother's-ring, and said, "I want us to adopt more kids. I want you to have stones all around the ring."

Posted by Kathy McKinsey at 6:25 AM 4 comments:
Email ThisBlogThis!Share to TwitterShare to FacebookShare to Pinterest

Thank you, Penny, for visiting with us today. This sounds like a fun story. 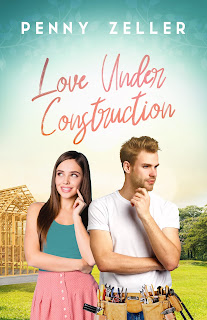 She builds websites. He builds houses. Together, can they build a family for two orphans?

Irelynn agreed two years ago to help raise her best friend’s twins should anything happen. When she is called upon to fulfill that agreement, there is only one problem—Irelynn must share the responsibility with the arrogant but handsome Quinton Gregory.

Quinton takes the role of raising his niece and nephew with all seriousness. He will do anything for the twins, even if it means putting up with the beautiful but stubborn Irelynn Brady.

When forced to be in each other’s presence far more often than is comfortable, things slowly begin to change. Will the unexpected attraction between Irelynn and Quinton become a love under construction? 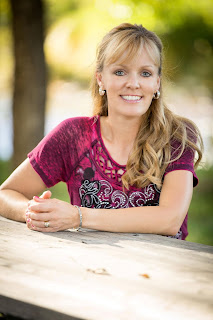 Penny Zeller is known for her heartfelt stories of faith and her passion to impact lives for Christ through fiction. While she has had a love for writing since childhood, she began her adult writing career penning articles for national and regional publications on a wide variety of topics. Today Penny is a multi-published author of several inspirational books. She is also a homeschool mom and a fitness instructor.

When Penny is not dreaming up new characters, she enjoys spending time with her husband and two daughters, camping, hiking, canoeing, reading, running, cycling, gardening, and playing volleyball.

She is represented by Tamela Hancock Murray of the Steve Laube Agency and loves to hear from her readers at her www. pennyzeller.com and her blog, random thoughts from a day in the life of a wife, mom, and author, at www.pennyzeller.wordpress.com. 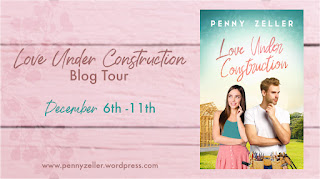 Posted by Kathy McKinsey at 4:02 PM 6 comments:
Email ThisBlogThis!Share to TwitterShare to FacebookShare to Pinterest

This is the story of a Black man who grew up in Mississippi in the 30s and 40s. It begins when he was 16 and his older brother was killed by a white police officer.

After that John moved to California to look for a better life, and at 27, he became a Christian. He began to meet and work with white Christians. A few years later, his family moved back to Mississippi to try to help Blacks there have a better life, by teaching them about the Bible and Jesus.

As the Civil Rights Movement grew, Perkins searched how he could work social justice and the true gospel together to both Blacks and whites. Blacks needed to learn their true worth; hundreds of years of slavery and racist treatment had left them with a feeling of low self-worth.

In the 60s, he and his ministry worked with voter education and registration, then he began working for better housing and economics for Blacks. He felt this was all part of his Christian ministry.

Perkins talked of his peaceful boycotting and protesting in the early 70s, then of his and those with him being arrested and beaten by police officers. He told of his journey through the court system with appeals. He got to the point, due to injustice for Blacks, of wanting to turn away from the white Christians he had fellowshipped with and worked with. As he lay in bed with severe illness, he knew that hate could destroy him too. He found hope when he remembered Jesus, on the cross, asked God to forgive those who were crucifying him.

This book was originally published in 1976. When it was published as a classic many years later, John Perkins’s daughter added a post script, telling some of the things her father had done since then, including making friends with a white Mississippi policeman as they worked together for their neighborhood.