Thank you, Valerie, for sharing your story with us.

Thank you for hosting me, Kathy.

Authors are often asked about their writing journey. You have probably read many posts on this subject, however, my journey did not start off on a positive note.

I grew up in the former British Colony of Rhodesia, now called Zimbabwe in Central Africa. We followed the British educational system, and many of our teachers were from England. Although I believe we received an excellent education, some of the teachers were straitlaced and well, cold. I distinctly remember the teacher we had for 7th grade English. After we wrote our essays, she’d have us stand in front of the class and read them out loud. Then, she would critique our work and allow students to add their pros or cons.

At the time, I didn’t know that I had OCD tendencies. I followed instructions to the letter. I had no imagination outside of the assignment. My math work was immaculate, not always correct, but all my columns of numbers lined up perfectly.

The essay topic for this class assignment was to write about things we collected, for instance coins from foreign counties. My older brother had just left home and had given me his stamp collection. As you might imagine, the tiny square or rectangular stamps lined up next to each other on their special pages indulged my OCDness. Well, whoop-de-doo. I had something to write about. So I planned my essay, and began writing.

Mrs. Teacher—I remember what she looked like, but not her name—walked around the room and commented on what kids had written. One student received flowery compliments because she chose to write about two of her collections. I could do that. I collected many things that caught my OCD eye, items that met my desire for symmetry, or variations in color or size.

I completed my essay on my stamp collection, then added a few paragraphs about how I collected buttons and liked to sort them into colors, then line them up on the parquet flooring in my bedroom. I so wanted to receive compliments and couldn’t wait for Mrs. Teacher to hear my composition.

I have no idea what she said about my stamp collection because all I remember are her harsh words about how silly it was for a thirteen-year-old to be playing with buttons!

As you can imagine, creative writing was not high on my list after that. In fact, I hated writing and dreaded every writing assignment that came my way, even in University. I only began to open up to putting words on paper when I was in my forties.

The first novels I wrote were soundly rejected, but I kept on writing and attended as many workshops as I could. I also joined American Christian Fiction Writers, probably my best writing related decision.

Fast forward to the present. My sixth novel released the end of July. Justice at Dawn is the third story in my Stolen Lives Trilogy. An International Retrieval Organization (IRO) agent in the first novel, Weep in the Night, is highlighted in the second, and an agent in Day of Reckoning is highlighted in the third. Each book features a standalone story. I always knew I wanted to tell Cooper’s story after his brief appearance in the second novel. Why was he single? How did he get his scar? What contributed to him being one-track minded in his work? 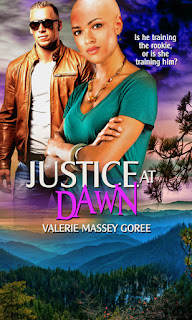 Cooper Callahan has been an International Retrieval Organization operative for fifteen years. In all that time he has never worked with a trainee like Kitty Claire Briggs. Overflowing with energy, KC isn’t quiet long enough for him to think. But when the boss assigns them a training mission to follow Sadie, his wife, KC’s serious side emerges.

Sure, former stunt double, KC, wants to be an agent, but she also has an ulterior motive to be accepted by IRO—she wants access to their superior technology. Can she locate her quarry without Cooper finding out?

As Cooper shares the finer points of surveillance with KC, his waning faith is strengthened by her enthusiasm for the Lord and for the job. When the training exercise turns into a real abduction, will KC’s naiveté lead to death or to a successful conclusion to the case? 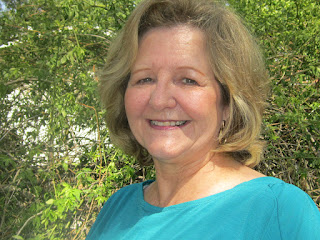 After serving as missionaries in her home country of Zimbabwe and raising two children, Glenn and Valerie moved to Texas. She worked in the public school system for many years, focusing on students with special needs. Now retired in Washington, Valerie spends her time writing, and spoiling her grandchildren.

Valerie writes romantic suspense novels, and her tag line is: Stories of Passion and Intrigue. Her novels include: Deceive Me Once; Colors of Deceit; The Stolen Lives Trilogy, Weep in the Night; Day of Reckoning; and Justice at Dawn. Set in Australia, Forever Under Blue Skies, is now available from Amazon.

Valerie loves to hear from her readers.

Check Valerie’s website to learn more about her books: www.valeriegoreeauthor.com

Available from the publisher, Harbourlight, an imprint of Pelican Book Group:

Posted by Kathy McKinsey at 3:40 PM
Email ThisBlogThis!Share to TwitterShare to FacebookShare to Pinterest